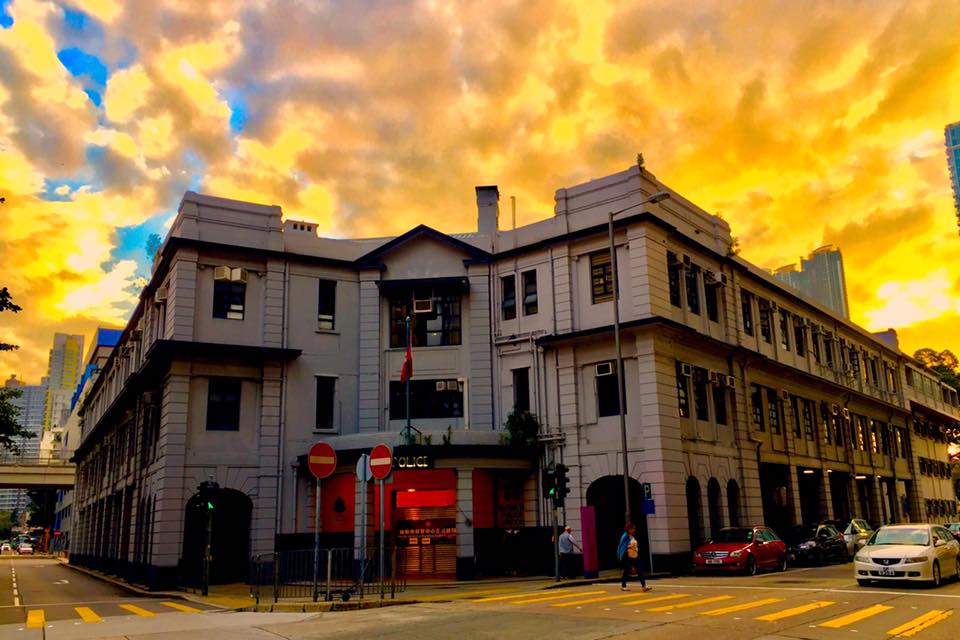 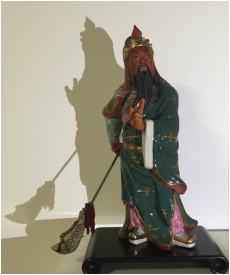 Guan Di 關帝
Yaumatei Police Station, built in 1922, follows a neoclassical Edwardian style. That's what the experts say. And yes, the place had a colonial feel to it, with vaulted ceilings, plus dark and menacing cells. The central courtyard, now a car park, once served as a parade area for inspections.

From December 1980, this is the centre of my life. As part of the Yaumatei District, our sister station is Tsim Sha Tsui. The station is co-located with the Marine Police Headquarters at the tip of the Kowloon peninsula.

The district headquarters occupied the first floor. Thus, the District Commander and his support staff sit isolated from the mayhem below. The divisional team, including me, had offices on the ground floor.

That included the Report Room, cell-block, armoury and various offices. Going 'upstairs' was rare except to receive a bollocking or for the monthly meeting. Up there, the refined atmosphere cuts away from the daily hubbub of an operational police station. The noise retreated as you climbed the stair to whitewashed corridors. Large plants gave the feel of a colonial hotel.

One ground floor room always sticks in my memory. The CID Daai Fong - the 'big room'. As the name suggests, it belonged to the CID guys.

The 'Daai Fong' was a part communal office, gathering place and holding area for suspects; handcuffed, squatting on the floor, often with expressions of dejection. Dominating the Daai Fong was a huge alter housing Guan Di (關帝). A symbol of 'Uprightness', 'Loyalty', 'Trust', 'Courage', and most importantly, Yi Qi (義氣). Above all else, Guan Di represents loyalty to the brotherhood. Elsewhere, I'll talk about the origins of Guan Di worship and the insight this gives to police culture.

My first encounter with the 'Daai Fong' was overpowering. As I entered, the immediate impression was one of awe. Ten odd handcuffed prisoners squatted, sullen, silent under the watchful gaze of Guan Di. Low lighting struggled to break through the smoke-ladened air as detectives busy themselves.

Fingerprints and statements are taken, with an ever-present cigarette hanging from the lips. Then a bark of instruction. A prisoner would rise and shuffle over to sign a document. He'd get a cigarette if he was lucky or clip around the head if not.

The presence of uniforms, no matter their rank, was never welcome. CID didn't want us around. So I learnt it was prudent to keep away in case you saw something you'd rather not see.

Yaumatei means sesame oil field, which hints at the farming history of the area. But this was now long gone, as latter-day Yaumati is densely urban. It's a heady mix; high-rise residential, old tenements, hospitals, shops, department stores, theatres, day and night markets.

Jammed into this are nightclubs, brothels, restaurants and light industry near the typhoon shelter. Yaumatei has everything from the wealthiest citizens to low-life drug addicts making a living on the fringes.

Nathan Road cuts through the heart of Yaumati. It runs south to north. At the same time, Jordan Road does the same going east to west. The population swells during the day as workers flooded in.

​At night, people came to eat, shop, buy sex and party, the making of an interesting policing challenge.

​Yaumati has its population of old-time addicts, heroin users and a few opium junkies. The nightclubs brought with them other drugs, which was cannabis in those days. The era of ecstasy and ketamine was some time off. In any case, alcohol fueled most of the partying and trouble.

I'm now expected to get to grips with this.
getting on the streets