The Fall of a Commissioner 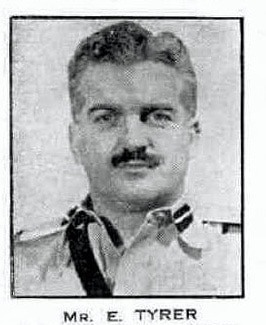 The events of 1967 are pivotal to understanding Hong Kong’s recent history. Yet, one odd episode continues to drew much speculation and intrigue.

At the start of the year, the Commissioner of Police was Edward Tyrer. New to the post, he’d only taken up the appointment in December 1966. Tyrer was a career colonial police officer. He’d served in the Trinidad Police, before a short attachment in the British Army starting in 1944. As the war ended in 1945, he undertook a very brief stint in the Indian Colonial Police Force. Next he was sent to Hong Kong in September 1945. He joined the provisional administration seeking to get Hong Kong back on its feet after the Japanese occupation. In May 1946, as Hong Kong reverted to civilian rule, Tyrer joined the Hong Kong Police.

Identified as a flyer and fast-tracked for promotion, he attended the colonial command courses. In 1963 he underwent the UK Bramshill Police College Course, a sign the top job within his grasp. On his return to Hong Kong, he was immediately promoted to Deputy Commissioner. Then in December 1966, he succeeded Henry Heath as Commissioner of Police.

With less than six months in the chair, Tyrer departed Hong Kong on 3rd May 1967, for his regular scheduled leave. This was before the disorder took hold that was to blight the city for the coming months. His deputy, Edward Eates, assumed command. During the initial phases of the disorder and rioting, the Force responded well. Prompt and coordinated actions proved effective. Outbreaks of violence were soon contained. Eates earned praise for his leadership at a difficult time. He was also popular with the front-line officers.  They welcomed his direct and decisive manner.

Eates came to the job with much more experience than Tyrer. During World War II, Eates served in the Fourth Armoured Brigade. He saw action in North Africa during the Battle of El Alamein and later in Normandy. Before joining the Hong Kong Police in 1963, he’d served in Africa. This included notable spells dealing with riots in Sierra Leone and Gambia. Thus, he was a man who’d seen much and most importantly he’d exercised command in challenging times.

In the middle of June 1967, Tyrer returned from the UK to resume command of the Force. The disturbances continued to escalate. Within weeks of his return, in July,  the violence took a sudden turn for the worst.  The Sha Tau Kok killings and the murder of a constable by rioters rocked the Colony.

Then abruptly on 14th July, Tyrer left Hong Kong and flew to London. Press releases stated he was back in London to brief the British government on events in Hong Kong. Although rumours were soon circulating in the Force that he’d resigned.

Amongst his officer's concerns existed about his leadership style. Some openly questioned his commitment to maintaining order. Then on 21st July  1967, came the shocking announcement. Tyrer had taken early retirement from Hong Kong Police on ‘health grounds’. In another twist to the story, it was reported he'd act as an advisor in London. The irony of this was not lost on officers. So he was unfit to serve in Hong Kong but well enough to work in the UK. It didn’t add up. Nonetheless, no one in the Force was complaining. In a popular decision, Eates was immediately appointed the Commissioner.

Tyrer remained silent about the reasons for his departure, taking his story to the grave. Attempts by the media to get answers met with no response, even late in his life. He died in 2004. There is evidence to suggest that Tyrer departure was because he raised doubts about the approach to the violence. It's alleged he refused to carry out orders to suppress the riots. He argued a less pugnacious approach. Also, apparently he feared that he’d be held to account for the use of force by his officers. Faced with this stance, the Acting Governor told Tyrer to resign or face dismissal.
​
What is clear is that Tyrer’s departure cleared the way for Eates to assume full command. He proved a robust leader. Making his presence felt at all major incidents, he instilled confidence in both his men and the wider community. This contributed the success of the Force during this extremely difficult period. 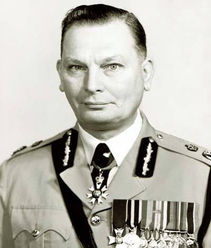