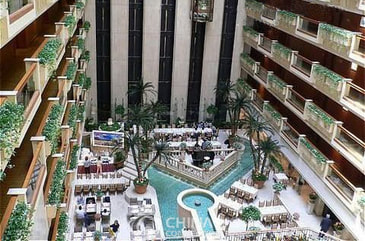 Our first family home.
Working back at Police HQ, my life entered a routine. After the rough and tumble of PTU, here I’m office bound. I only had a few months left before an extended leave, during which we planned to have the baby delivered in England. With 1997 on the horizon, we wanted the birth in the UK to avoid any complications with nationality.

Here’s the thing, no one would give reassurances on what would happen.  This unsettling atmosphere prompted us to take every precaution. Others opted to leave Hong Kong for good, including some of Anne’s family.

Anne flew to the UK early, and I joined her later. The airline wouldn’t take her late in the pregnancy. We bought our first house to set up home, awaiting the new arrival.

At one point, going to the UK didn’t appear such a sensible idea. On 26th April 1986, the Chernobyl nuclear power station exploded spewing radiation.  Glued to the TV, we watched with alarm as a cloud of particles spread westwards towards Britain. Anne was in the final stages of her pregnancy. We didn’t want to have the baby born under a radioactive cloud, yet our options were limited. There was no way we could fly back to Hong Kong while heading elsewhere didn’t guarantee safety.

Our concerns eased as the spread of radiation dissipated. But, upland areas in Scotland received fall-out. Restrictions on livestock movement came into effect. These rules remained in place until 2010.

With baby expected in early May, we had flights booked back to Hong Kong for later that month. The first week of May arrived, then the second. Still no baby. By now our concerns were palpable. With our flights due on 29th May, this kid was cutting it tight. On the 19th of May, I decided to go into town to do some shopping, leaving Anne at home. I would not be gone long.

As I arrived home, the neighbours were outside our house, and my Mum was there. Anne had gone into labour. We were soon on route to the hospital. At about 9:20 pm that evening, Samantha came kicking and screaming into the world. I was present throughout, as Anne hung onto me in the delivery room.

Childbirth is a painful thing, but not usually for the father. As Anne laboured away, I held her. Gradually she shifted across the bed. If you are familiar with hospital beds, you’ll know they have adjusting handles. One handle now pressed into my testicles. After about 20 minutes of this, I can assure you I suffered more than her.

Walking like John Wayne after a long ride, I strode into the reception area to announce the arrival. A couple of days later, with a new baby and my testicles assuming a reasonable size, we flew back to Hong Kong. We had no passport for Samantha, just a birth certificate. We cleared immigration at Heathrow without a hitch.

On the flight back to Hong Kong, Samantha slept like a baby. What did we expect? The only bit of excitement came when the final piece of her placenta detached mid-flight. The Cathay crew were superb, and the Captain came back to see his youngest passenger.

I knew that Hong Kong Immigration would be difficult. Notorious for its bureaucratic approach, the Immigration Department does everything by the book. And when the book does not exist, they freeze or go on meltdown. So we lined up at Kai Tak Immigration, tired and restless after our long flight. Arriving at the immigration counter, I explained the situation.

“Please go to the back of the line,” was the retort from this confused young Immigration Officer.

“No, I’m not moving.”
​
This response did not compute, as he scrambled through his notes looking for guidance.  I explained I was a serving Hong Kong Police Officer, a civil servant, like him.   That the baby was nine-days old, we had no passport but a birth certificate. None of this worked, as it was not in the rulebook.

After a few more sharp words from me, a supervisor appeared and ushered us into a side room. He told me we could enter, but not the baby! The stupidity of this statement set me off. I demanded to see the Chief Immigration officer, threatened a lawsuit. Then I suggested a call to the Governor before going into the mad ‘white-guy’ routine. In no time we were through Immigration after I signed a paper saying the baby was ours.

As no quarter was available for us, so we ended up at the Royal Garden Hotel. At first in a small room, but later we managed an upgrade. This place was to be home for four months. I got posted back to Police Headquarters, leaving Anne to survive with a new baby in the hotel. Not the easiest of starts, despite our luxurious surroundings.