This is Spinal Tap 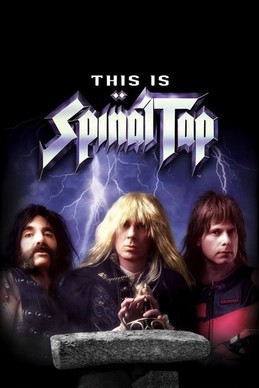 This 1984 mockumentary comedy didn’t enjoy great success on its release. Only when it went to video did it find an audience. These days it's considered one of the finest examples of the genre.

Spinal Tap, the titular rock band, are drowning in a cesspool of their own mediocrity. Their drummers keep getting killed in bizarre accidents.  Whilst their best days are behind them. Meanwhile, a manipulative girlfriend is on the scene. With concerts cancelled, mishap after mishap accumulate. It seems their future is dire. This all unfolds with such clarity that some in the audience believed Spinal Tap existed. Towards the end of the movie, a hit in Japan suggests the band will live on. There is hope.

The movie drew the attention of real bands. Black Sabbath are alleged to have asked: “You’ve made a movie about us?”. Many bands related to the 'lost behind the stage' scene. The Edge from U2 claimed to have wept on first viewing the film … " because it summed up what a brainless swamp big-label rock music had become”.

Whatever.Turn the volume up to 11 and enjoy!
Next Page